Question:  Should you be concerned about the difference in conductivity of existing aluminum conductors when replacing them with new components?

Answer:  Yes. The percentage of conductivity does not have to match, but it has to be considered.

In many of the older Isolated Phase Bus systems the manufacturers used what was known as “EC” grade aluminum. The chemical composition of the “EC” alloy conforms with the 6101 alloy designation. According to the International Annealed Copper Standard (IACS) it has a conductivity rating of 61% of annealed copper at 20°C, however the material is known to be very soft and susceptible to material creep which can cause damage to the bolted joints. For this reason, four new tempers were later developed which had superior physical properties to the “EC” grade.

The difference in conductivity rating can dramatically reduce the current carrying capacity of aluminum conductor components. When replacing a conductor with another with different conductivity, especially in cases where the margins are rather tight, careful consideration needs to factored at what level the design tests have been performed on the original equipment as it could make the original product design test invalid.

For an example or more information about this topic, contact [email protected] and use the subject Aluminum Conductivity. 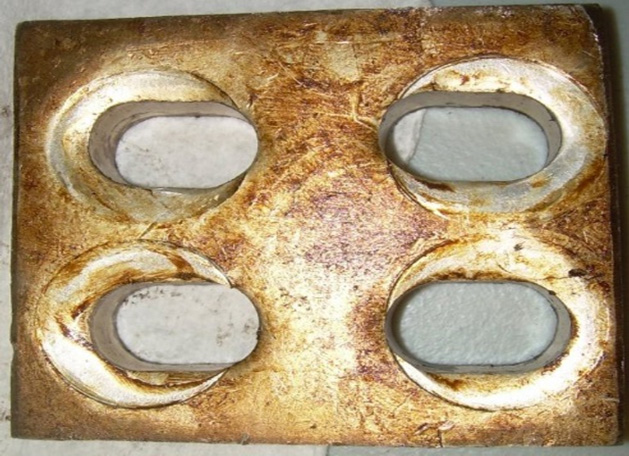